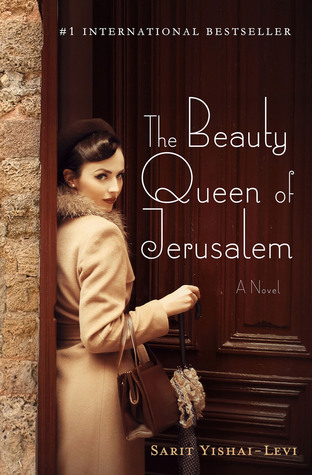 The Beauty Queen of Jerusalem is a dazzling novel of mothers and daughters, stories told and untold, and the binds that tie four generations of women.

Gabriela’s mother Luna is the most beautiful woman in all of Jerusalem, though her famed beauty and charm seem to be reserved for everyone but her daughter. Ever since Gabriela can remember, she and Luna have struggled to connect. But when tragedy strikes, Gabriela senses there’s more to her mother than painted nails and lips.

Desperate to understand their relationship, Gabriela pieces together the stories of her family’s previous generations—from Great-Grandmother Mercada the renowned healer, to Grandma Rosa who cleaned houses for the English, to Luna who had the nicest legs in Jerusalem. But as she uncovers shocking secrets, forbidden romances, and the family curse that links the women together, Gabriela must face a past and present far more complex than she ever imagined.

Set against the Golden Age of Hollywood, the dark days of World War II, and the swingin’ ’70s, The Beauty Queen of Jerusalem follows generations of unforgettable women as they forge their own paths through times of dramatic change. With great humor and heart, Sarit Yishai-Levi has given us a powerful story of love and forgiveness—and the unexpected and enchanting places we find each.

SARIT YISHAI-LEVI is an English-speaking journalist and author. She has been a correspondent for Israeli newspapers and magazines and has hosted Hebrew TV and radio programs in Los Angeles. She is the author of four non-fiction books and the bestselling and award-winning novel, The Beauty Queen of Jerusalem. She lives in Israel.

One thought on “The Beauty Queen of Jerusalem – Excerpt”