Hey guys! Just letting you know that I’m on Bloglovin’ 🙂

Welcome 2016! I’m looking forward to your bridges and walls, I’ll start planning my way around them and hope I stick to those plans. 2016 marks my last year in high school which I’m very much looking forward to, I’m gonna try and make the following resolutions as realistic as I possibly can. 🙂

This year I will attempt on reading 30 books, at least two a month while I’m still finishing my senior year. Most of these books will probably be the ones that I was meant to read last year but didn’t. Here are my bookish resolutions for the year:

What are some of your resolutions? 🙂

Calling all Selection fans! Kiera Cass is back with a new stand-alone fantasy romance, ‘The Siren‘, and the cover has been revealed. Like the Selection covers, it is gorgeous and breathtaking, A+ on the humans on covers.

A girl with a secret.
The boy of her dreams.
An Ocean between them.

Years ago, Kahlen was rescued from drowning by the Ocean. To repay her debt, she has served as a Siren ever since, using her voice to lure countless strangers to their deaths. Though a single word from Kahlen can kill, she can’t resist spending her days on land, watching ordinary people and longing for the day when she will be able to speak and laugh and live freely among them again.

Kahlen is resigned to finishing her sentence in solitude…until she meets Akinli. Handsome, caring, and kind, Akinli is everything Kahlen ever dreamed of.

Falling in love with a human breaks the Ocean’s rules. But for the first time in a lifetime of following the rules, Kahlen is determined to follow her heart.

The Siren is expected on January 16, 2016, pre-order a copy now: Book Depository | Amazon

The cover for Victoria Aveyard’s book, Glass Sword, was recently revealed and I had to post a mini rant about it. 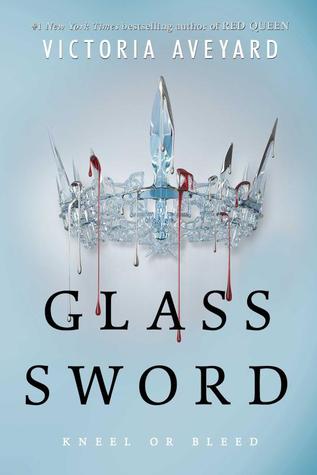 The Red Queen series sure has a bunch of amazing, eye catching covers. The crowns are always sharp and shiny, the red and silver blood drooping from the crown. It’s gorgeous and perfect! A+ cover design!